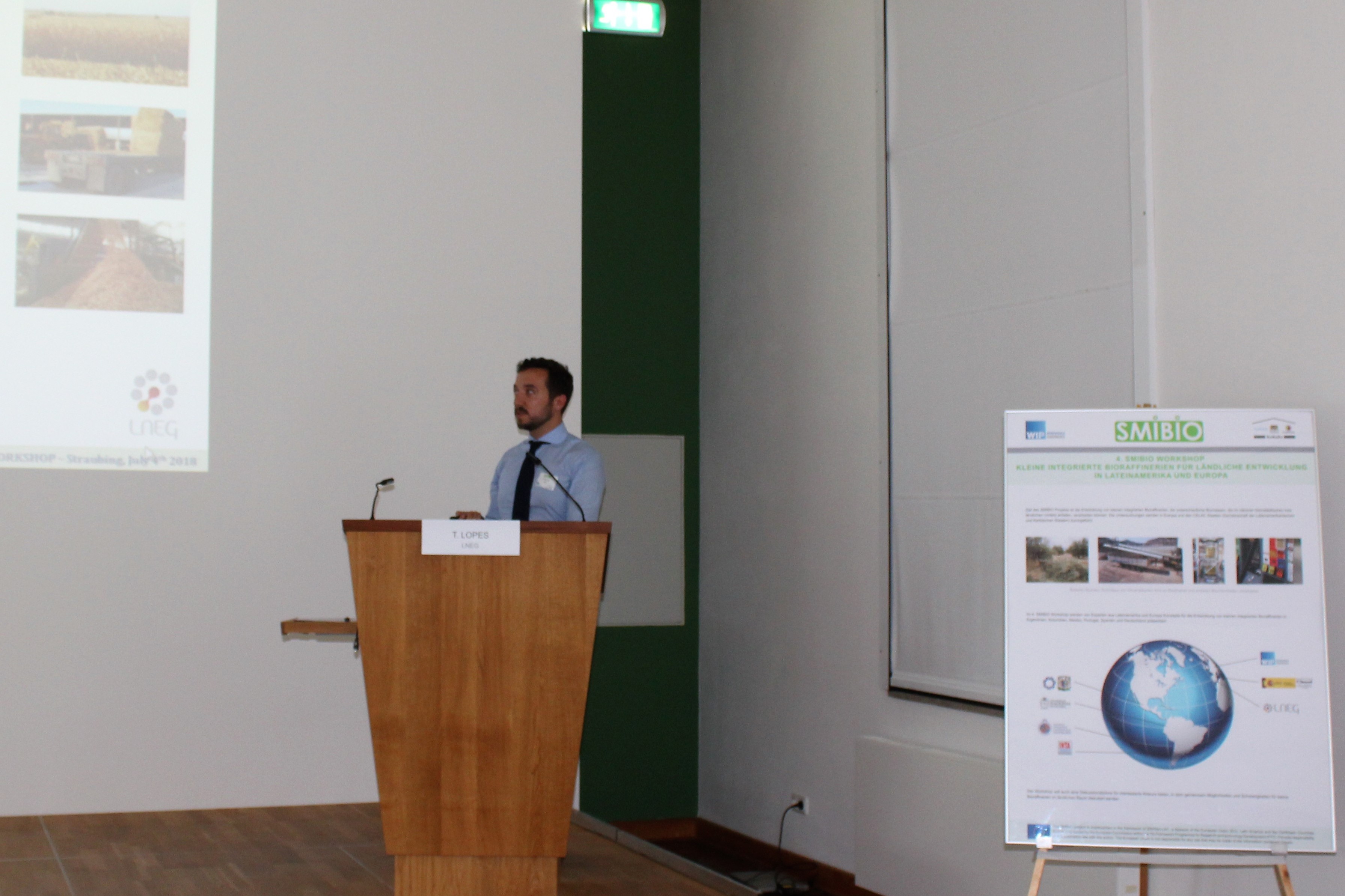 After the panel discussion, Tiago Lopes who is a PhD researcher at LNEG (Portugal) presented the Portuguese case study about the use of corn stover and swine manure in a biorefinery, as dry residue and wet residue, respectively. Both residues are available in Chamusca region, 50 km northeast from Lisbon (Portugal). Around 113,000 ton/year of corn stover and 125 m3/day of swine manure are produced in that region. These feedstocks can be used in a biorefinery approach to produce biofuels and bioproducts with high added-value.
In the Portuguese case study, two different scenarios were compared. In scenario 1, the production of ethanol, xylooligosaccharides (XOS) and combined heat and power (CHP), and in scenario 2, the production of isobutene, XOS and CHP. XOS have a market price four times higher than ethanol, and it can be higher depending on its purity, being usually used as prebiotics. Both cases were simulated using Aspen Plus software for a plant capacity of 100,000 tons per year of corn stover, in order to perform mass and energy balances of the whole process.
A techno-economic analysis and a life cycle assessment were also performed for both scenarios. Scenarios 1 and 2 are both economically viable, being the production of ethanol more favourable (lower payback time) in comparison to isobutene, due to lower costs in product purification. The influence of using swine manure was also assessed and it was concluded that is has a positive impact in both economic and environmental aspects due to the surplus of electricity that is produced using this wet residue for biogas production.
Concluding, Mr. Lopes stated that both cases are a viable approach for Eco-Parque do Relvão, in Chamusca region, where the location of the biorefinery was assessed. The small-scale biorefinery is still economically viable if no swine manure is available, but leads to an electricity deficit that has to be fulfilled by an external source. The LCA study shows that the yeast has the highest impact in the whole process, mainly in climate change and land use impact categories.