Summary of the panel 2: 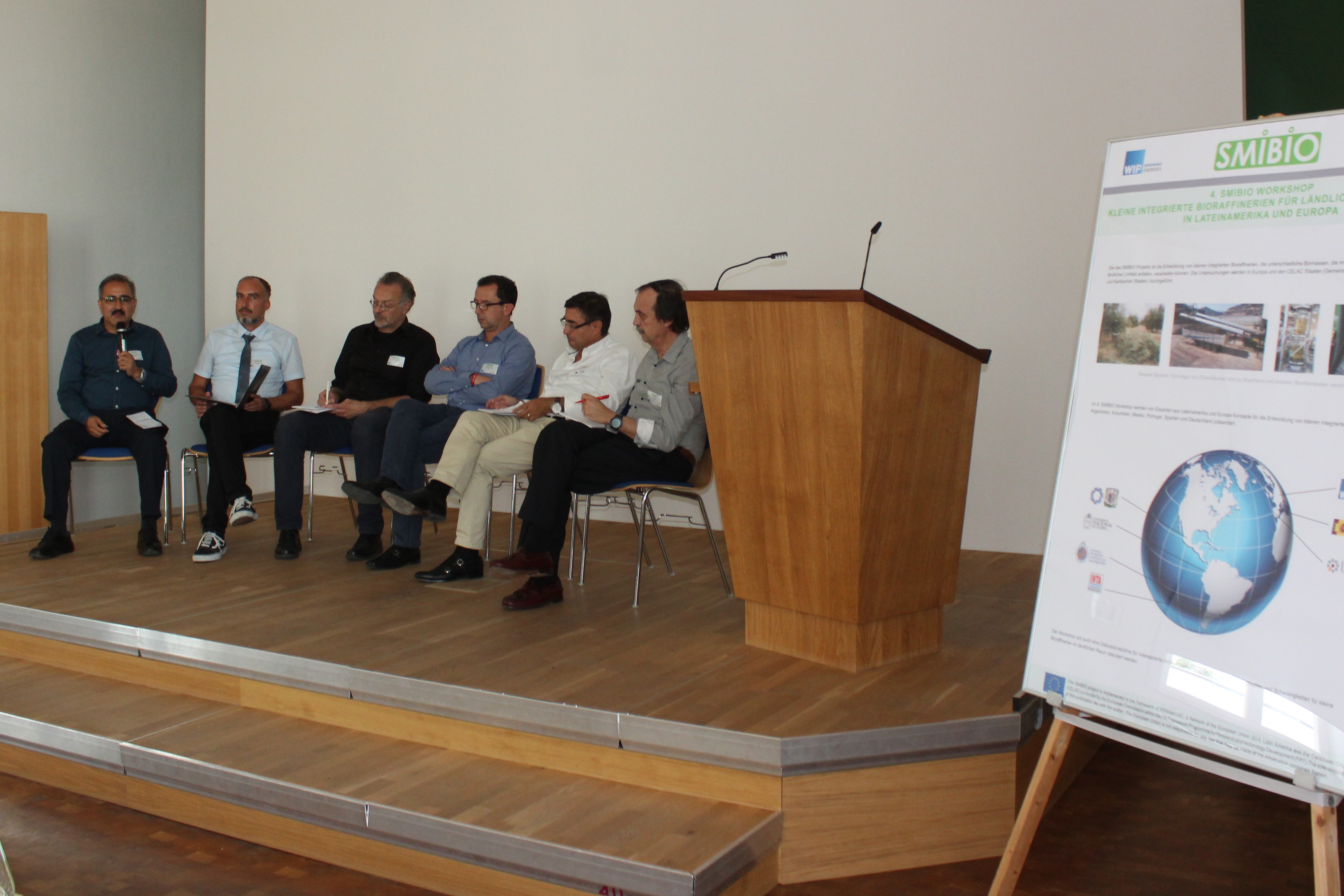 Alfredo Martinez revealed that in Mexico, special conditions for the biofuels sector exist, many mountains and few water and one national company (i.e. PEMEX) that sets the price. Therefore, in Mexico, biofuels production only has little chances and bioproducts with a higher price should be the objective of biorefineries. Klaus Thuneke gave insights to the German biofuels situation. In 2007, already a quota of 8% biofuels could be reached in Germany whereas in the last seven years the quota is stable at 6%. The reason for that decrease was the political decision that changed from tax reductions for biofuels, which made it economical viable for local biodiesel producers, to a mandatory quota, which was then used by mineral oil companies to buy the cheapest international biofuels (often not sustainable) for blending (with the required minimum) it with the companies’ fossil fuels. This decision has ruined the local biofuel production in Germany. The available technology should be used in his opinion to reach a 10% biofuels quota that can be reached if it’s implemented sector aimed. The complete agricultural and forestry vehicles could run on local biofuels (meaning that 5-7% of diesel used nowadays in Germany could be substituted). For cities, Mr. Thuneke considers electric vehicles(EV) as viable solutions. Francisco Gírio pointed out that in the coming years the regulatory framework RED II might be better for European biofuels. Although EVs are a reasonable solution, they are not enough for the whole scenario. In the aviation sector, biofuels will always play an important role, and to achieve the climate protection goals, it is obligatory to use biofuels. However, the biofuels of the future might be different from the biofuels used now (i.e. biobutanol or other higher alcohols instead of bioethanol). The feedstocks that are eligible in RED II are mostly lignocellulosic based materials (from agriculture and forest). Wastes such as UCO or animal fats do not count as eligible feedstocks for this minimal target of 3.5% of advanced biofuels (14 % renewables in mobile sector). This is considered essential for a real promotion of advanced technologies for biofuels that are still in development, giving a sign of ambition and stability to potential investors and enabling a scaling up that could lead to cost reduction in EU, which otherwise will not happen. Some states, like Norway (40% biofuels in 2030; Norway is closely connected to EU legislative framework) and Finland (30% in 2030) have already set themselves more ambitious goals. For the shipping sector, Mr. Gírio considers biomethane (bio LNG/CNG) as future biofuel that can be generated with low ILUC (indirect land use change) risk crops. Jorge Hilbert revealed that in Argentina, there are no big discussions about the issues food competition and ILUC. Others than in Europe, in Argentina a mandatory 15% blending is established and causes no problems. In his opinion, the biggest obstacles for biofuel trade for Argentina are being caused by political decision-makers. Carlos Cardona stated then that meanwhile there is a small national bioethanol production, already in the last 20 years, the trend goes towards product-driven biorefineries (currently there is a high demand for polylactic acid).