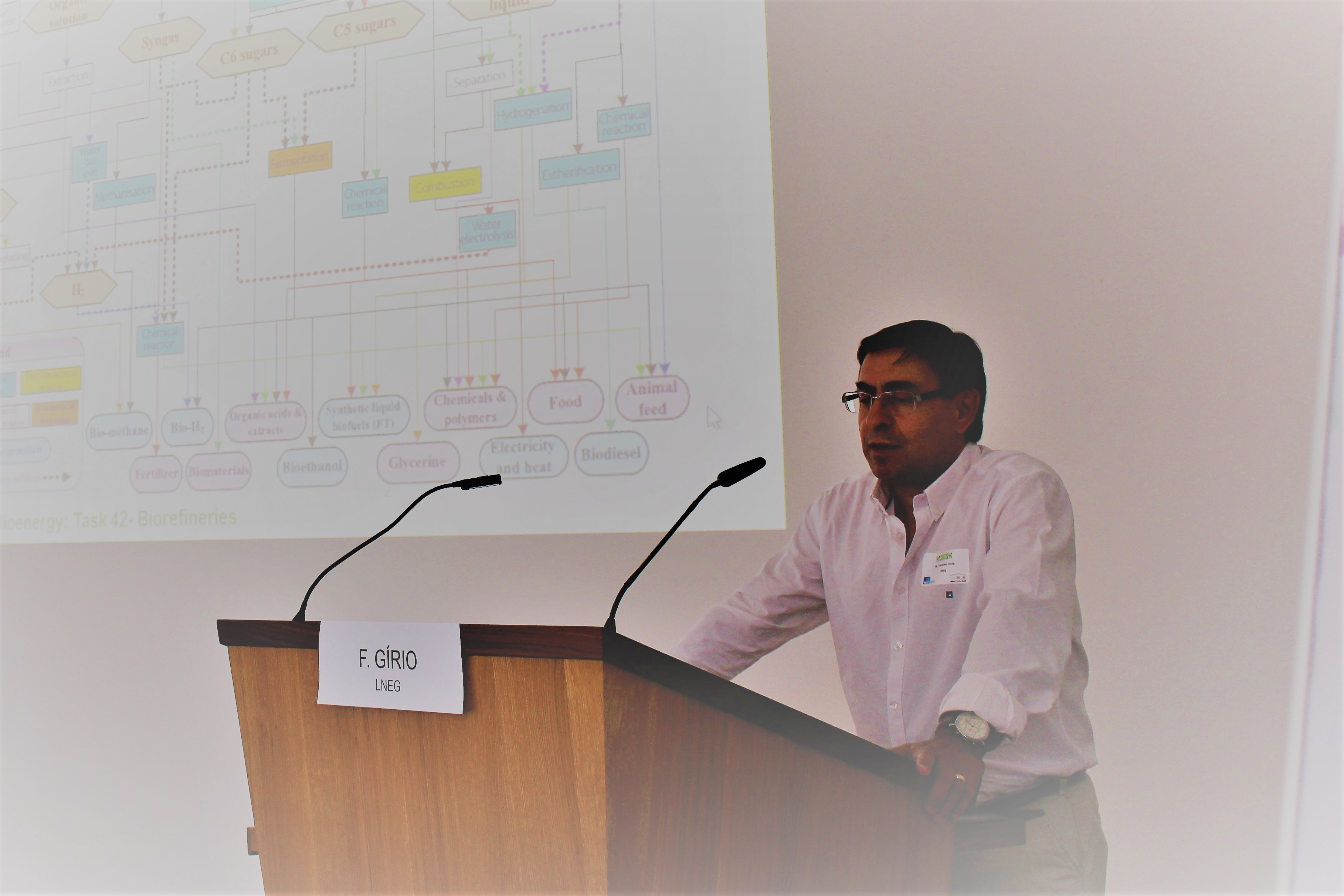 After introducing the SMIBIO project, the coordinator Francisco Gírio (LNEG) presented an overview about existing biorefineries in Europe and beyond. Starting, he mentioned the complexity of the biorefinery concepts in general. After showing the thermochemical and chemical conversion value chains, Mr. Gírio showed examples of operating and planned biorefineries that use thermal gasification to produce biofuels. Following, biorefineries that use pyrolysis, catalytic pyrolysis and hydropyrolisis to produce bio-oils and biorefineries that use hydrothermal processing to generate intermediates and gas were presented. Then he presented the biggest bioethanol plants in Europe (Biochemtex, Italy), Brazil (Raízen) and the USA (Poet/DSM) which have the capacity to produce 60,000, 32,000 and 60,000 tons of ethanol per year, respectively. Many bioethanol plants are still demonstration plants, yet concrete plans to develop lignocellulosic (LC) ethanol plants exist.
Mr. Gírio continued with an overview about biorefinery concepts that convert intermediates to hydrocarbons. These concepts have either LC biomass or algae as feedstock. After presenting novel ideas in early stage development like bionic leaf and bio-solar cell factories, Mr. Gírio concluded that the implementation of the concepts will still take time. The main bottleneck is the development gap from pilot to industrial plant. In order to reach the biofuel goals aimed for, dedicated support, e. g. investment funds must be developed having in mind the challenges for the sector. Finally, Mr. Gírio stated that a stable and reliable political framework is necessary for a successful development of the European biofuels sector.